Notes for the Karpit 3 inauguration

It is a signal honour to be here, in the splendid halls of the Vigado, supporting the Karpit 3 Biennale placed under the high patronage of the President of the Republic of Hungary.
I wish to express my appreciation to
– the President of the Hungarian Academy of Arts, Professor Emeritus György FEKETE;
– Dr Edit LAZARNE BALOG, President of the Association of Hungarian Tapestry Artists which is committed to promoting outstanding talents within and beyond national borders;
– Dr Livia PAPAI, the artist-curator who conducted operations, from conception to completion, with relentless efficiency and elegance.

I also wish to salute my colleagues of the Jury, who over the past few days have generously shared their scholarship and enthusiasm.
We commend all the weavers whose entries you are about to admire for their excellence in the art and craft of tapestry.

It has been uniquely exciting for me – as a critic and curator specializing in interdisciplinary and contemporary genres – to discover the recent work of so many renowned tapestry artists, devoted to the twin themes of the Apocalypse and Global Sustainability.

A number of exhibitors have been singled out for recognition. The first prize, as announced yesterday, is the award of the Golden Fleece. This is most propitious, since we happen to be under the astrological sign of Aries, the mythological ram who was sacrificed for his precious wool.

Richly woven yarn is a magical leitmotif shaping the great legends of Western civilization and the Ancient World in particular. So let us for a moment look beyond the Book of Revelation; let us follow an Ariadne’s thread linking us to the gods and heroes of Greece.

It was of course Jason who seized the Golden Fleece on the island of Colchis, assisted by the king’s daughter Medea who, incidentally, was Ariadne’s cousin.

And it was Medea’s aunt, the enchantress Circe, who seduced Ulysses and his men. They were enthralled by her “singing most beautifully as she worked at her loom, making a web so fine, so soft, and of such dazzling colours as no one but a goddess could weave”1.

Calypso was another sorceress who likewise captivated Ulysses as she sat “busy at her loom, shooting her golden shuttle through the warp and singing beautifully”1. But the nymph’s charms were deceptive : her very name comes from the Greek term meaning: veiled, or occult.

In the final chapters of Ulysses’ wanderings, a different kind of weaver emerges to save the day: his patient wife Penelope. Penelope wove cloth by day which she unraveled by night, in order to postpone choosing a new husband from amongst a horde of eager suitors. For ten years she played for time – like Scheherazade – each morning starting the same, ephemeral task. She was fortunate to enjoy the protection of a dea ex machina, Athena, the patroness of weavers, who finally guided Ulysses back to Ithaca.

Others were not so lucky when tangling with Athena: the maiden Arachne, winner of a weaving competition, also produced tapestry that was “beautiful when it was done, but beautiful also in the doing2”. Thus she angered the goddess, hanged herself in shame and was transformed into a spider.
To this day, in some traditions, it is customary for the most accomplished weavers to include some minor imperfection, some almost imperceptible flaw in their fabric, to prove it originated from mortal hands…

Today, an array of spectacular creations surrounds us; we know all the artists, so there is no need to search for any hidden defects as confirmation of human authorship. We shall however heed their diverse renditions of the Apocalyptic message. Unlike the dissembler Calypso, their intent is to unveil, to reveal — to illuminate.

As director of the castle of Angers, home of the Apocalypse Tapestry, I always reminded visiting artists that both Saint John’s biblical text and its monumental fourteenth-century textile rendering, convey tidings not of Armageddon, but of hope and redemption. My last such guest was the writer Michel Butor, protagonist of the nouveau roman, whose final opus in verse, inspired by the Tapestry, was entitled Ruines d’avenir.

This might be paraphrased as “ruins of the future” or, more likely, “ruins with a future”. I prefer the latter, because the promise of the Book of Revelation is: “Behold, I shall make all things new” (which is not the same as making all new things). The pursuit of innovation has never been keener than in the modern era; witness the brash exhortation of another twentieth-century poet, Ezra Pound: “Make it new!” His slogan was actually borrowed from a twelfth-century version of Confucian texts, via a nineteenth-century French translation…

Tapestry remains a universal genre with deep roots anchored in the most remote historical, and perhaps pre-historical epochs. It bridges the gap – imaginary or real – between the so-called fine and applied or decorative arts, between craft and invention.
Yet for all its reliance on ancestral know-how, tapestry has always beckoned to the painters, sculptors, and architects forming the avant-gardes of their generation. Compare the unprecedented reversible weave of the Apocalypse, a novel technique suggesting novel uses, with Anni Albers’ Bauhaus wall-covering, capable of absorbing sound and reflecting light.
Today, tapestry is often considered to be the original digital technology: the principles of numerical coding seem to mirror those of textile design, and pixelated networks are reminiscent of tightly intersecting warp and weft.

Through the ages, the Apocalypse has been regarded as an aid to deciphering the events of the world, or to predicting a utopian – or calamitous – new world order. However, like all masterpieces, it remains shot through with ambiguity, providing no clear answers to secular interrogations – or current fears. So let us contemplate the works displayed here like so many variegated prisms, through which we may discern realities that are as interdependent as they are diverse – our own and those of our global neighbours. 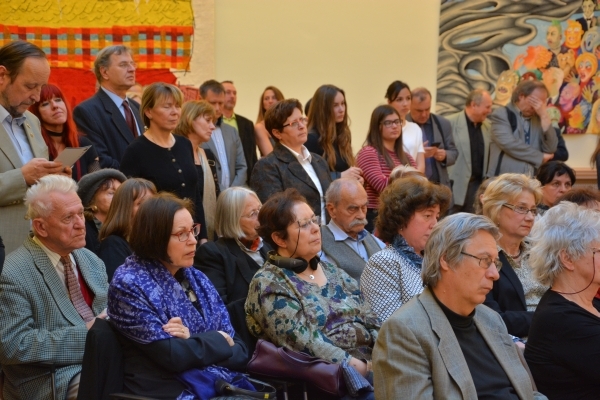 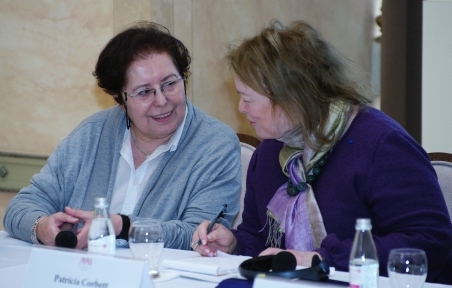 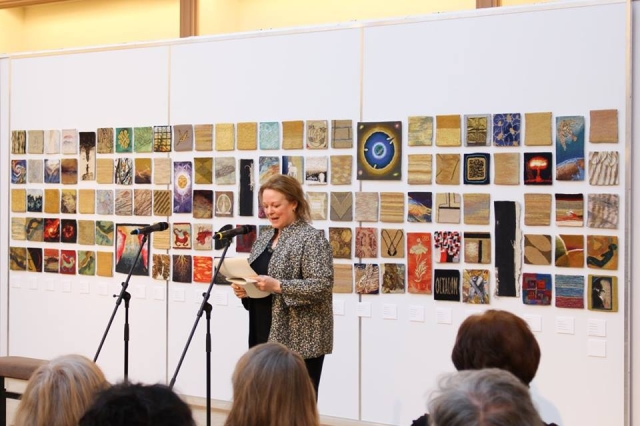 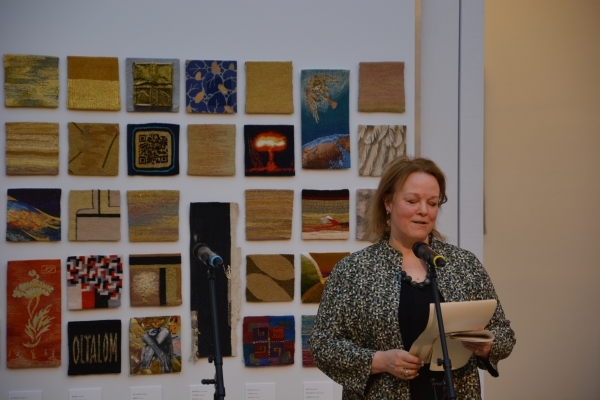 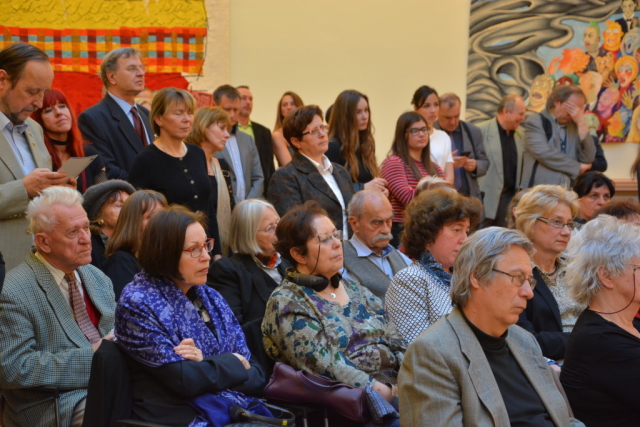 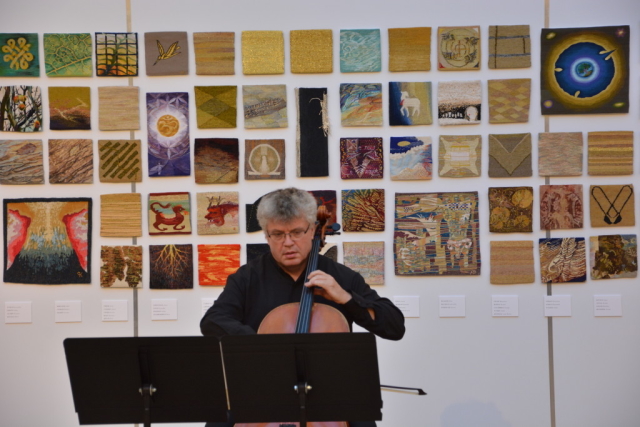 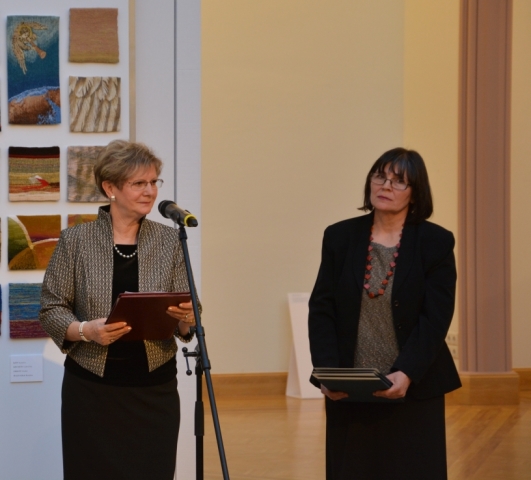